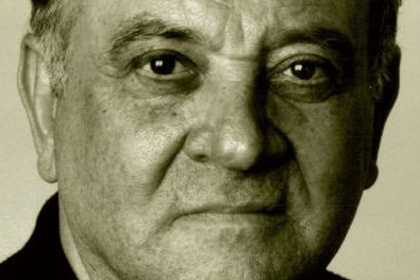 Like us, I bet that Twin Peaks theme music gave you the shivers every time you heard it. It’s the ethereal & haunting precursor to another fascinating episode. And Showtime have released a short teaser trailer showing its composer, Angelo Badalamenti, playing that amazing piece of music over some essentially Peaks-esque imagery. If this doesn’t get your musical taste buds tingling, you may need your ears cleaned out.

The 79 year old composer is best known for his work with David Lynch. They also worked together on Blue Velvet, Mulholland Drive, Wild At Heart and The Straight Story. Badalamenti brought home a Grammy for ‘Twin Peaks Theme’, winning Best Pop Instrumental Performance in 1990.

Badalamenti has had some fascinating and varied side projects – collaborating with David Bowie, bands like James and Anthrax, and even conducting a performance for the 1992 Olympics in Barcelona. He’s also scored some mainstream movies, such as Nightmare On Elm Street 3 and National Lampoon’s Christmas Vacation.

Angelo Badalamenti recalls the first time he met Lynch, with the famous director being dressed in casual linen pants with a long-sleeved short butto0ned right up to the neck, and his ‘poimmodorian’ head of hair. This was when Blue Velvet was in production, and one of the movie’s stars, Isabella Rossellini, needed help with her vocals. So producer Bobby Vinton called up Badalamenti. After working with Rossellini for a few hours, he finally met the director. “David put on his earphones and, as he was listening to our demo, his smile really became broader and broader,” the composer recalled to Rolling Stone magazine. “And when the tape was finished, he took off his headphones and he said, ‘That’s the ticket. This is peachy keen.’ And I said to Fred, ‘What does that mean?’ You know, I’m from Bensonhurst – we don’t use those words. And then Fred responded, ‘He adores it.'”

And the rest is history…
Have a watch of this new video and we dare you not to get a little shiver down your spine . . .