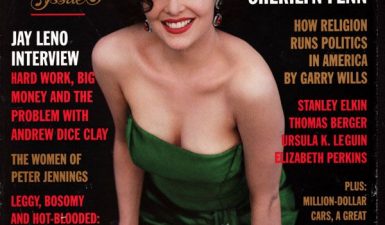 If you’re a fan of sultry beauty Sherilyn Fenn, you’ll be interested to know that she appeared in Playboy in December 1990.  However there was due to be a 1991 Twin Peaks calendar that Hallmark refused to release due to Fenn’s appearance in the magazine. In addition to this, Kyle MacLachlan refused to further develop […]