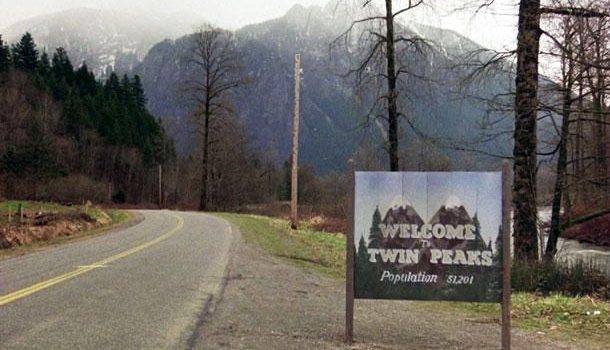 Our beginners guide to Twin Peaks is essential reading for anyone delving into this strange world for the first time. Preparations are now in full swing for the arrival of the oh-so-longly awaited continuation of one of the most celebrated and seminal TV shows ever broadcast. So what better time to explore the elements and mythology of the quirky small town in the American northwest that had has more than its fair share of tragedy, intrigue, and downright strange goings on?

Are you new to the show or just need a recap before we return to Twin Peaks in May this year? Then this beginners guide to Twin Peaks is for you. We’ll look at how this most distinctive and iconic of TV shows became a genuine cultural phenomenon and a cult classic that began way back in 1990.

Twin Peaks was conceived and created by Mark Frost (Hill Street Blues) and famed film director David Lynch (Blue Velvet, The Elephant Man, Eraserhead). Both were showrunners who wrote and directed many episodes of the series. David Lynch also starring in several as FBI agent Gordon Cole. Although the show remains synonymous with David Lynch due to its dark and often surreal tone, Mark Frost was arguably more involved with the show overall. Lynch was notably absent as a writer and director for much of the second season. 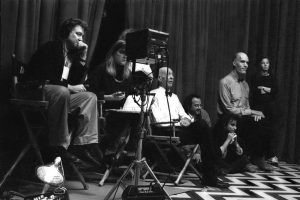 What to say: “Twin Peaks paved the way for the third Golden Age of American television by showing that long-form television could compete with cinema in terms of both quality and talent.”

What NOT to say: “Who cares about some weird old show?”

The cast of Twin Peaks was a mixture of established actors. This includes Kyle MacLachlan and Piper Laurie, Lynch regulars like Jack Nance, and newcomers who used the show as a springboard to fame like Lara Flynn Boyle and a certain David Duchovny. Although the show was not quite blessed with A-list stars, the presence of recognizable character actors such as Ray Wise, Miguel Ferrer, and Dan O’Herlihy gave the show a cinematic credibility that was unprecedented in television in 1990.

This level of talent both in front of and behind the camera made Twin Peaks remarkable. This was a time when television was considered to be a cheap medium. TV was littered with high-concept trash, game shows, and simpering soap operas (the last being a format Twin Peaks took great delight in satirizing). But Twin Peaks quickly became more than the sum of its parts. Over the last three decades has become recognized as one of the most important and pivotal pieces of television in the medium’s history, while generating an ever-growing cult fan base.

Of course, one cannot understate the contribution of David Lynch’s regular composer. Angelo Badalamenti created an unforgettably iconic and atmospheric musical score. The theme is laced with the melancholy and foreboding that became such a potent calling card for the show. Amazingly many of the original cast are returning for Twin Peaks season 3, among them of course our beloved Angelo Badalamenti.

Before you go scouring Google Maps, Twin Peaks is a fictional town situated just south of the American-Canadian border in Washington state. The small town is surrounded by a dense forest full of big, majestic Douglas Fir trees which amply supplies the town’s logging mill, the Packard Sawmill. Other notable local businesses are the Great Northern Hotel, the Roadhouse Bar, Horne’s Department Store, and the Double R Diner with its damn fine coffee and cherry pie. 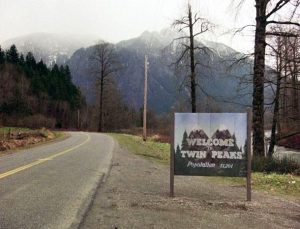 What to say: “Co-creator David Lynch used the setting of Twin Peaks to expand on his ideas of the hidden evils in small town America that he established in his earlier film Blue Velvet.”

What NOT to say: “Twin Peaks? I hear the skiing is excellent there at this time of year.”

The town is initially presented as both quaint and quirky, isolated and picturesque; a place where everyone knows everyone’s name and where “a yellow light still means slow down, not speed up”. But as the series progresses we come to learn there’s far more than meets the eye to the town as a murder of a local high school sweetheart starts peeling back Twin Peak’s façade to reveal its true dark and mysterious nature of a place rife with vices and embroiled in supernatural forces.

The starting point for series one and the main conceit that made Twin Peaks into a bona fide zeitgeist in 1990 was the murder of Laura Palmer. The question “Who killed Laura Palmer?” was on audiences’ lips throughout the first season right up until the discovery of her killer mid-way through season two a year later. The discovery of Laura Palmer’s body wrapped in plastic on a riverbank in the pilot episode gave viewers the slightly misleading impression they were in for a standard murder-mystery. We saw the local law enforcement quickly call in the FBI and round up suspects who were connected to the Homecoming Queen.

However, it soon became clear that all was not as it seems (something regular viewers would rapidly become accustomed to). Special Agent Dale Cooper started to eliminate each suspect with almost psychic prowess. Soon after, Agent Cooper had a strange dream in a place we soon came to know as The Black Lodge. He claimed the killer was revealed to him by Laura Palmer’s doppelganger cousin Maddie. If only he could figure out what the dream meant. 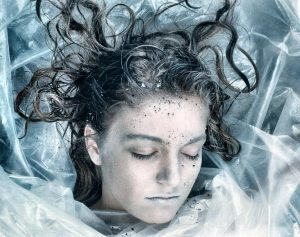 What to say: “Laura Palmer’s murder makes her a Christ-like figure who died for the town’s sins to reveal the devil himself.”

What NOT to say: “I reckon it was the butler, it’s always the butler.”

As the investigation proceeded, Laura’s reputation as a highschool sweetheart was dissolved beyond the classic “good girl gone bad”. Her diary was full of accounts of her involvement in drugs, prostitution, sado-masochistic sex with multiple men, and a strange man known only as “BOB”. The nature of her killing and the discovery of small letter “R” under her fingernail was all too familiar to Agent Cooper. He had seen this before in his previous case investigating the murder of Teresa Banks several months earlier in south Washington. A pattern was emerging. The arrival of a teenage girl in a fugue state, Ronette Pulaski, who barely survived the scene of Laura’s murder with another letter under her fingernail made things apparent. A serial killer with a unique MO was on the loose in Twin Peaks.

The game was afoot, so to speak, but this game had rules all of its own.

“The Owls are Not What They Seem”

If there is one element that truly defines Twin Peaks, it is its unapologetic abstract surrealist and dream-like sequences that the show became equally famous and infamous for. Or, to put it in layman’s terms, the town of Twin Peaks is one weird place.

On the surface, Twin Peaks presents itself as a quirky murder mystery However, its dense and almost obtuse mythology is constantly bubbling away underneath, waiting to seep through into our consciousness and nightmares. From a dancing dwarf speaking backwards and forwards simultaneously, to the Log Lady whose beloved tree trunk “saw something that night”, Twin Peaks revels in the strange and disturbing spirits and characters who inhabit the town. 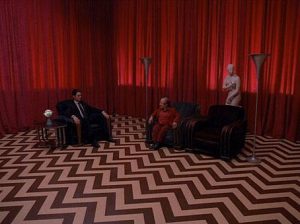 What to say: “The depiction of the Red Room is one of the most vivid encapsulations of a dream ever shown on TV.”

What NOT to say: “I found Twin Peaks to be predictable and clichéd.”

The main source of all the unearthly beings and events seems to be an uneasy balance between the mythical Black Lodge and White Lodge. Ostensibly the equivalents of heaven and hell (with the angels and demons to match), the two places seemingly occupy an ethereal plane beyond human existence. We only catch a glimpse of the White Lodge during season two and have yet to see the Black Lodge in its true form. The Waiting Room (the iconic red-curtained room with zig-zag floor) for both is frequently visited throughout both series via Dale Cooper’s dreams. That is, until the second season’s climax where the FBI agent must physically enter the realm by pouring scorched engine oil into a white circle surrounded by twelve sycamore trees (no, really).

The inhabitants of these realms range between ambiguous, enigmatic and outright malevolent in their intentions and travel through our world via owls and light fittings, apparently. The most famous and terrifying of these is the murderous “BOB” who inhabits human hosts to satisfy his need to inflict suffering and pain.

Bob’s vessel for most both seasons was Leyland Palmer, Laura’s father, and he used his host to abuse and ultimately kill Laura. Once Leyland was revealed as Laura’s killer, Bob returned to the Black Lodge (killing Leyland in the process) and awaited a new host. In the show’s final shot, it was revealed Bob had found his new vessel in Dale Cooper after his return from the Black Lodge. The parting shot was Bob as he laughed maniacally in front of a smashed mirror with Dale on one side and Bob on the other.

“It is Happening Again” 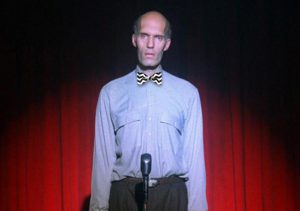 And now we wait. After the cancellation of Twin Peaks after the second season, audiences and fans have been left with more than a few unanswered questions which will only gather increasing conjecture and debate as season three draws ever nearer. Be sure to check back to Back to Twin Peaks regularly for further news, more “Twin Peaks for Dummies”, and views on all the goings on in a strange little town known as Twin Peaks.

If you’ve enjoyed this Beginners Guide to Twin Peaks, you may also enjoy our Episode Summaries as well.