This misogynist character would regularly abuse his wife for any number of reasons, both physically & psychologically. He attempts to kill her by leaving her tied up in the mill when he sets fire to it, but his plan is foiled and he ends up being shot himself.

He has to watch Shelly flaunt her extra-marital relationship with Bobby Briggs, and eventually ends up being enslaved by the escaped mental patient Windom Earle. So, you reap what you sow kids.

For the conscious Leo, you’ll need to behave aggressively and violently. It’s preferable if you have a friend who’ll go with you as Shelly so you can shout abuse at her and pretend to punch her (with her permission, of course). Carry a toy gun, and perhaps a few baggies of confectioner’s sugar which you can offer to sell to people. Watch out for the 5-0 with those though.

His outfit is pretty much a standard trucker/lumberjack outfit – so you may already have something suitable in your wardrobe. You need shoulder-length hair and preferably widow’s peaks. He does have a rather lovely crew neck thick woollen jumper, as an alternative. You’ll also need a air of 501s & some boots. 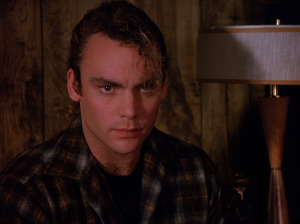 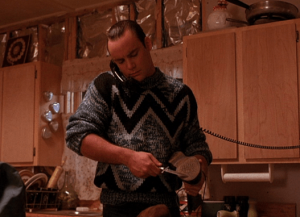 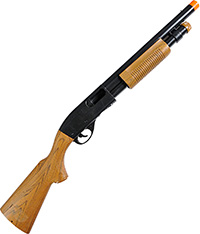 This outfit is the more fun one. If you can get hold of a wheelchair and someone dressed as Shelly to push you whilst you loll, all the better. You’ll need to remember to dribble occasionally, and make the odd lurch at people when they least expect it.

Are you considering going as Leo Johnson for Halloween?  We want to see photos of outfits. Yo can post them at on our Facebook page, or share them with us via Twitter. You can return to the main Twin Peaks Halloween costume page and choose another character.