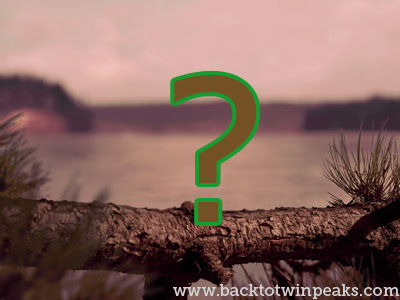 We at BTTP think one of the most iconic “characters” of Twin Peaks has been completely overlooked in all the hype and talk about Season 3.

So in this post we’re going to fix that. In the nearly 25 years since Twin Peaks last aired we’ve sadly lost some of our favourite actors and in turn the memorable characters they played in Twin Peaks (RIP Jack Nance and Frank Silva). There is however another we have lost.

What’s missing from this picture? 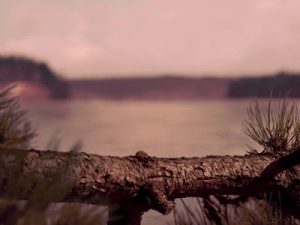 That’s right. The iconic and memorable opening shot of Twin Peaks. Sadly 25 years on the little bird we once knew and loved is no longer with us. 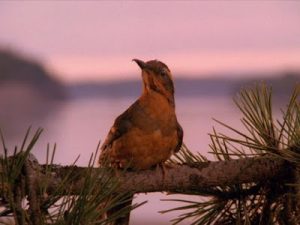 We’ve carried out extensive research to try and find out what happened to our feathery friend but have been unable to find any solid leads as to what became of this cult icon. 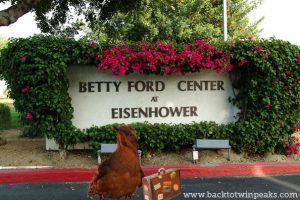 Some say the pressure of the celebrity brought on by the phenomenal success of Twin Peaks drove him to drink and drugs. The excesses of fame finally landing him in rehab where he recovered, but was never the same again. 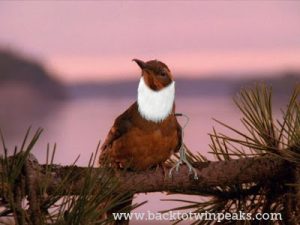 Others say he sat on that branch for 15 years in the hopes that a Twin Peaks Season 3 would be green-lit – desperate to reach the heady heights of fame he once had in the early nineties. Then one day, he just wasn’t there. Folks say when you stand in that location and listen very carefully you can faintly hear a bird song blowing in the wind that sounds a little like Angelo Badalamenti’s famous score… 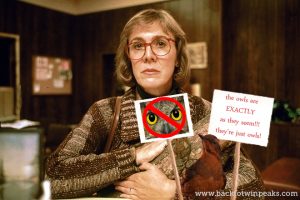 He spent the rest of his days channeling this rage into a campaign to prove that owls are in fact exactly what they seem – owls. Travelling the US pushing his campaign it sadly never really gained traction (owls are definitely not what they seem) and eventually he seemed to just disappear.

The truth is, we will never know. But let’s not dwell on the past. We have a new season of Twin Peaks to look forward to. And to celebrate this we’re going to put forward a few suggestions of what current day iconic birds could perhaps take the place of our old friend in the opening sequence of Twin Peaks Season 3.

Here’s some of our suggestions, let us know what you think, or if we’ve missed one you think we should have in there. You vote for who you want to see in the first opening shot of Twin Peaks Season 3: 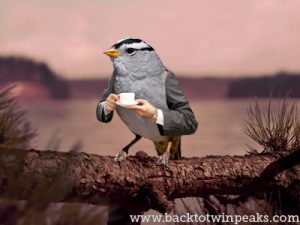 A 21st century phenomenon. What better way to bring Twin Peaks in to the new century? a bird drinking coffee naturally. 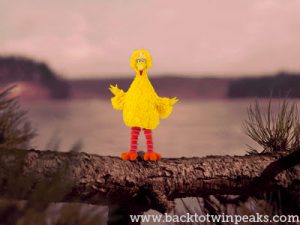 One of the greatest bird icons we have ever known. TBH, bit of an obvious choice. And perhaps a little too yellow? 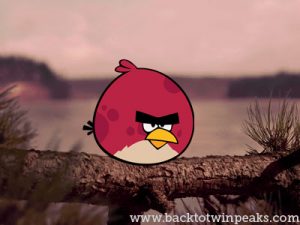 Another 21st century avian icon. A little less yellow. So a mild improvement on big bird. But do we really want to see an angry bird in the first shot of Twin Peaks Season 3? I’m not so sure. 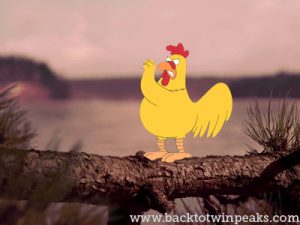 How about the most violent bird on TV? In a constant state of inexplicable rage and hatred. A bird with issues, but also a bird with mystery – why is he so full of hate? Maybe a contender… 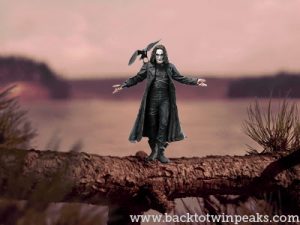 In my opinion the strongest contender. And definitely the coolest. The darker side of the crow certainly suits Twin Peaks better than the others. Plus the element of weirdness is a good fit too.

Until next time: “Diane, remind me to learn how to use Photoshop properly…”