Every time a new Twin Peaks trailer is released by Showtime, our collective heart rates race just a little. What are we going to learn this time? Who is going to be in it? Will anything new be revealed?

So we all got a little excited last week when the latest teaser was released. In it we see a few initial shots of the Twin Peaks location, complete with mists over the pines. Then we get some dark foreboding woods and headlights illuminating a nighttime forest road.  Agent Dale Cooper, reappearing from the blackness, looks serious, weathered, and determined. 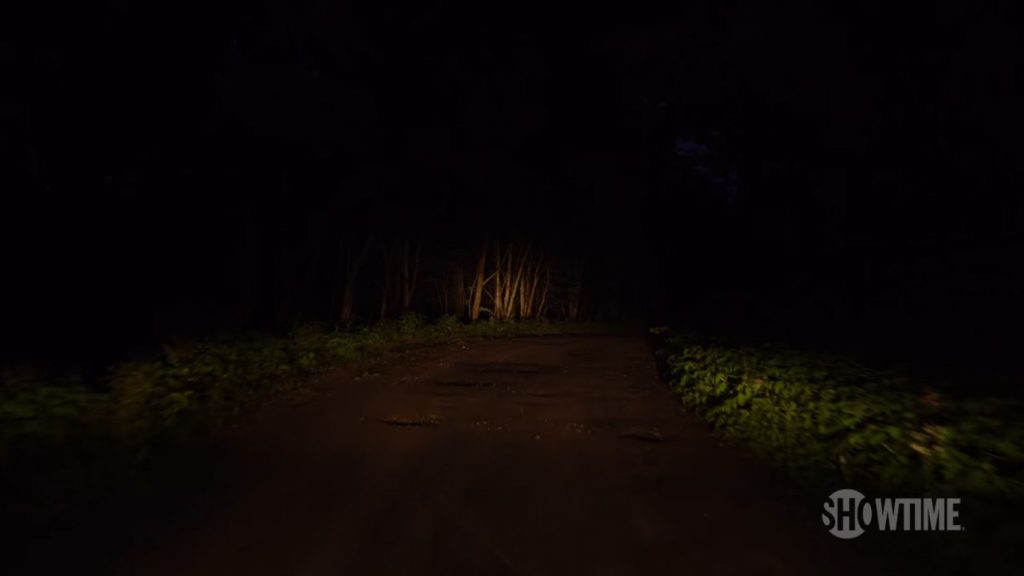 But what are we seeing, exactly? Where is Killer Bob, last seen inhabiting Coop’s body? In fact, where is Agent Cooper’s body? Is it in Twin Peaks, or still in the Black Lodge? We can’t wait to find out.

What do you think about were Agent Cooper has been? And is that Coop himself we’re seeing, or is BOB still inhabiting him? Where is the creepy forest road taking us? Let us know in the comments.