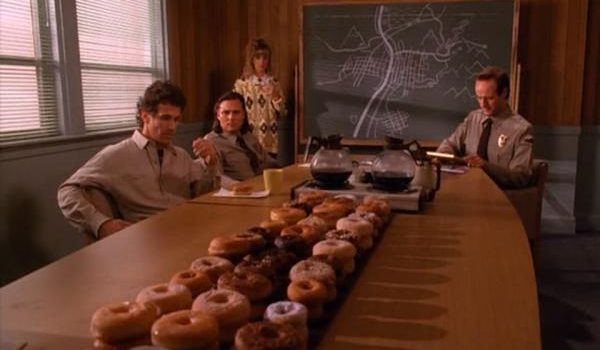 Great article from Cinema Blend this week, amalgamating a few different tidbits of info & piecing together some exciting news…

Last week, Twin Peaks co-creators David Lynch and Mark Frost announced that new episodes of the cult series are being produced for Showtime. Twin Peaks isn’t slated to hit the schedule until 2016, but we’ve already begun to learn about some potential castings. This week, Michael Horse, who played the likeable and competent Hawk on the series, spoke out to say that Michael Ontkean is expected to return for the new episodes. Horse recently spoke with Alternative Nation to talk about the upcoming episodes, mentioning he’s heard along the grapevine that Ontkean, who played Sheriff Harry S. Truman during the original series, will be coming back.

Additionally, Horse told the outlet that he also hopes to return to the series, noting that David Lynch actually reached out speak to him recently. He missed the call, but he still hope’s Lynch was bringing good news.

“David’s assistant called, he was trying to get a call from me in Paris to talk to me. I figured either David was going to say we’re doing it again, but sorry we’re not going to use you (laughs), he’s that sweet of a guy… Like I said, I’ve got such respect for David as an artist. If David didn’t use me, I’d be disappointed, but not upset. What David sees is what David sees.”

Read more on the original article on cinemablend,com