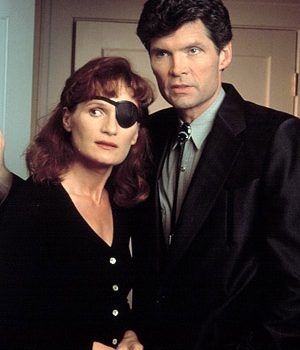 Great piece from Torrent Freak interestingly charting correlation of the announcement of Twin Peaks’ return with the rise in the desire for Twin Peaks torrents.

This week news broke that legendary TV-series Twin Peaks is set to make a comeback after 25 years. The news has TV-fans all over the world excited and also resulted in a piracy craze. In less than a week 75,000 people downloaded the show’s first two seasons from various torrent sites.

This renewed attention also increased interest in the first two seasons, both from old fans and the younger generation who never saw how it all started. This was also noticeable on various torrent sites, where the numbers of Twin Peaks downloads skyrocketed over the past few days.

The interest in Twin Peaks never faded away completely. But instead of a few hundred daily downloads, the various season packs are now being downloaded more than 10,000 times a day.

Counting all the different release it’s estimated that Twin Peaks torrents were downloaded 75,000 times over the last week. This includes mostly full seasons, or complete packs of both seasons.

This statistic pales in comparison to recent TV-shows, which can get well over a million downloads per week, but for a series from the early nineties it’s pretty impressive.

Most pirates seem to prefer the lower quality versions which are roughly 1.4 gigabyte for an entire season. Those pirates who prefer better quality don’t have to miss out though. There’s also a 79.99 gigabyte copy of “Twin Peaks: The Entire Mystery.”

Depending on the release, the number of active sharers for each of these files increased up to tenfold. This surge is slowly fading off as time goes by but it’s certainly a sign that there’s plenty of interest among pirates too.

Whether this will eventually help or hurt the Twin Peaks revival will remain an unsolved puzzle for now.