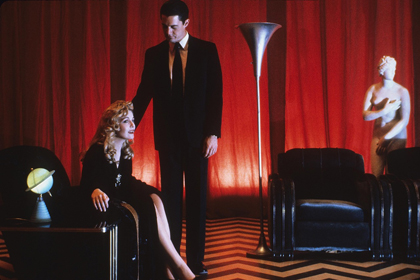 Finally the news we’ve all been waiting for – a concrete air date for the premier of Twin Peaks Season 3. Showtime announced yesterday the season 3 will kick off on May 21st with a 2 hour episode. And not only that, episodes 3 & 4 will be available to stream on Showtime right after. So after a 25 year(ish) wait come May 21st we will be spoilt with 4 hours of Twin Peaks goodness.

Rumour has it season 3 will be comprised of 18 episodes, all directed by David Lynch. Other than this very little has been revealed about what we can expect from season 3. We know Kyle MacLachlan will be returning as Special Agent Dale Cooper along with many other familiar Twin Peaks cast members including Michael Horse (Deputy Tommy ‘Hawk’ Hill), Dana Ashbrook (Bobby Briggs) and of course David Lynch himself as Gordon Cole. Mark Frost’s excellent book The Secret Lives of Twin Peaks has filled in some of the gaps of the past 25 years in the world of Twin Peaks and has offered some insight into the events leading up to the start of season 3.

We’ve also had a few teasers and some behind the scenes trailers.

With a brief interview with Michael Horse cut with some behind the scenes footage accompanied by Angelo Badalamenti’s beautifully haunting score, this trailer reveals nothing about the story of season 3 yet perfectly sets the tone and immediately transports us back to the weird and wonderful world of Twin Peaks.

The most recent teaser trailer features Twin Peaks co-creator David Lynch as Gordon Cole. Eating a donut. And that’s it. But that’s okay, it doesn’t give us any juicy details but at least it’s good to see Gordon Cole back in action (so to speak).

So, what can we expect from Twin Peaks Season 3?

We have a rough idea of where it is going to start from, we know the cast and most of the returning characters. We know when it airs, and how many episodes. But what everyone really wants to know is what is going to happen? Or what has happened to our beloved Coop over the past 25 years? Are we going to get some answers to those burning questions we’ve been dying to have answered? Or are we just going to be left with even more questions?

Well, we won’t know for sure until May 21st when Twin Peaks Season 3 premiers. Until then, here’s a couple of things we are sure you can expect from season 3: mystery and secrets.

The count down has started. Season 3 is on the way and we can’t wait. Keep checking back for more details, news and insights into season 3 of Twin Peaks.