Twin Peaks is a show where music is always in the air, and it’s accomplished by a daring combination for TV standards of its time: Angelo Badalamenti’s dreamy, moody compositions, directed by David Lynch’s distinctive use of unconventional, diegetic sound combine to provide a distinctive sound design that became the new standard of quality for dramatic television. The show’s use of both swinging jazz and indeterminate, synthy soundscapes to provide a distinct mood, establish motifs, and more succinctly exhibit character qualities (think ‘Audrey’s Dance’ in the RR Diner) is one of its most significant and influential achievements.

Despite all this, the early works of singer and extensive Lynch collaborator Julee Cruise are often overlooked when analyzing the songwriting and compositional style of Lynch and Badalamenti. Specifically, her 1989 album Floating Into The Night, comprising of songs written by Lynch and produced by Badalamenti, has been dubbed by some as an “unofficial soundtrack for Twin Peaks” and serves as an interesting look into the compositional ethos of the two frequent collaborators.

Cruise isn’t just complicit in the effort, however: her hazy, yet directed, vocal takes are what really steal the show on many tracks, where her performances shine alongside fantastic studio musicians to present a dazzlingly jazzy dream pop effort throughout the album’s entire 48 minutes. Beginning with a jutting sax quartet, a glistening guitar, and Julee Cruise singing softly, “When you told your secret name / I burst in flame and burned / I’m floating”, the album’s opener “Floating” provides a captivatingly poppy start to the emotionally eclectic and intensely expressive album.

On another standout track featured briefly in David Lynch’s 1986 movie Blue Velvet, “Mysteries of Love” sees Cruise holding syllables to the point of beautiful abstraction, creating the perfect mood to embody the delicate image of lovers coalescing in darkness while for a brief moment, “The mysteries of love come clear”.

But how exactly does it relate to Twin Peaks?

Twin Peaks fans will already be somewhat familiar with the works of Cruise, with “Falling” being featured in its instrumental form as the show’s iconic intro, and her intermittent performances at The Roadhouse serving as accompaniments to some of the show’s most pivotal moments throughout its original run (particularly, her performance of “The World Spins” near the end of S2E7 perfectly sets the mood for the emotionally gruelling scene that follows).

However, Cruise’s music serves as more than effective set pieces for scenes within the Roadhouse; they serve largely as a more direct outlet for Lynch to lyrically expound on the images, ideas, and themes that drive the show’s original run. Floating Into The Night is where Lynch first talks about the themes and images of Twin Peaks that, on TV, are only allowed to develop as the town of Twin Peaks itself is shown to viewers. On the aptly titled I Float Alone, Cruise sings “Trying to hold the memory face / You seem to have vanished without a trace / And in this darkness, this empty space / I float alone”. Here she is projecting an all encompassing lovelessness through the lens of endlessly floating in a cosmically dejected space, evoking imagery later touched upon in a contemplative scene in Fire Walk With Me – where Laura contemplates the logistics of falling in space in a manner that’s particularly evocative in the wake of her death.

Cruise and Lynch often fixate on a formative, innocent and selfless love that is a substantial thematic mainstay in the plot of Twin Peaks, and in much of Lynch’s earlier works. The most notable utilization of this is, somewhat ironically, Laura and James’ secret relationship, mostly as portrayed in Fire Walk With Me. On tracks like the aforementioned “Mysteries of Love” and the album’s beautiful closing track, “The World Spins”, Cruise approaches this love with a fantastic sense of earnestness that is paramount to understanding the efficacy and intentions of Lynch’s work.

Insights into the further world of Lynch

The whole ethos behind Floating Into The Night, and how it’s presented with an emphasis on Cruise herself, very much plays into the core premise and driving factor of much of Lynch’s work. This often centers its plot or thematic elements around a “woman in trouble”. Lynch used it himself as a descriptor for his 2006 film Inland Empire, but it applies to much of his work, Twin Peaks notwithstanding. This descriptor could easily be extended to Floating Into The Night, with Cruise, as the driving force of these songs, taking on a deep, allegorical association with the themes and motifs of Floating Into The Night, just as Laura Palmer takes on a deep, allegorical association with the themes of Twin Peaks.

All in all, Floating Into The Night both served as a dazzling start to the career of Julee Cruise and as a remarkable outlet for David Lynch and Angelo Badalamenti to expand on the somewhat limited sonic ground they were able to cover in Twin Peaks’ network run. It’s a fitting a beautiful extension of the enduring imagery of the show, and a beautiful album in its own right.

If you’ve listened to the album, what are your thoughts? Would you like to see Cruise return as a performer in the Roadhouse for Season 3? Share your thoughts in the comments below and don’t forget to like/share for more great Twin Peaks content. 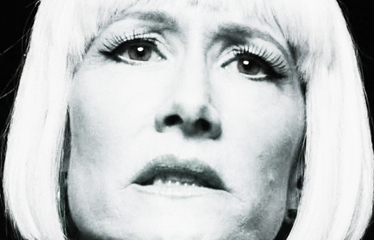