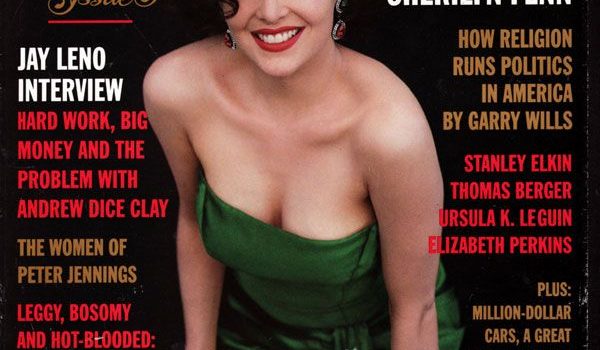 If you’re a fan of sultry beauty Sherilyn Fenn, you’ll be interested to know that she appeared in Playboy in December 1990.  However there was due to be a 1991 Twin Peaks calendar that Hallmark refused to release due to Fenn’s appearance in the magazine.

In addition to this, Kyle MacLachlan refused to further develop the storyline about his character Dale Cooper’s relationship with Audrey Horne (played by Sherilyn Fenn), resulting in the writers having to abruptly change and add several second season story lines. As originally scripted, Audrey Horne would have been the one kidnapped by Windom Earle and taken to the Black Lodge in the series finale.

At the time, Kyle MacLachlan attributed his insistence to a belief that the morally upright Cooper would not date an underage girl; however, Audrey was a high school senior who, in the time line of the series was not “underage”. Crew members who would later attend the annual Twin Peaks convention would recall that MacLachlan was pressured into the decision by his then-girlfriend, Lara Flynn Boyle, who did not want her boyfriend sharing love scenes with Fenn, with whom Boyle did not get along on set.