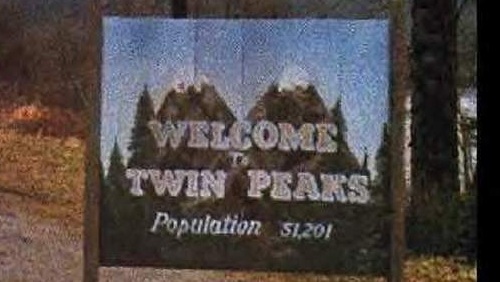 The population of Twin Peaks was originally only supposed to be 5,120. However, there was a backlash against rural-themed shows at the time, as networks were fearful that the burgeoning urban and suburban population of America would not be able to sympathize with shows set in small farming or industrial towns, so ABC requested that the sign read 51,201. In a “Visitor’s Guide to Twin Peaks” tie-in book authorized by creators David Lynch and Mark Frost, a note tells readers that the population was indeed 5,120, but that the sign had a “typo.”